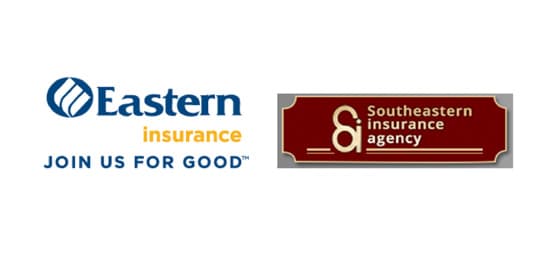 NATICK, January 26, 2018 – Eastern Insurance Group LLC, a wholly-owned subsidiary of Eastern Bank, announced today that it has acquired the assets of the Southeastern Insurance Agency, Inc., a full-service insurance agency with locations in North Dartmouth and Hyannis, Mass.

“The deal, which combines two successful independent insurance agencies with an unwavering commitment to their customers, colleagues and communities, will provide the customers of Southeastern with access to a broad range of insurance choices, services and capabilities,” said Hope A. Aldrich, President and CEO of Eastern Insurance.  She added, “Southeastern Insurance is an agency that epitomizes exceptional customer service, unquestionable integrity and local market expertise.  We are very excited to be joining forces with Lora, Brad and their team at Southeastern, and we expect them to play a pivotal role in spearheading our expansion in southeastern Massachusetts.”

Brad Lowe, Chairman, and Lora Lowe FitzGerald, President of Southeastern commented, “We are delighted to be partnering with Eastern. This combination will allow us to bring the resources of a large firm to our clients without sacrificing the individual attention that they have come to expect from Southeastern for the past 40 years.”  They added, “We wanted a partner that shares the same level of commitment to its clients, employees, and community as we do.  It’s clear that we have found that in Eastern.”

The transaction was effective January 1, 2018, when all of Southeastern’s staff became Eastern employees.  Eastern will rebrand Southeastern’s offices over the next six to twelve months and has plans for the acquired operation to continue to expand in the Dartmouth, New Bedford, Fall River and Cape Cod areas under Lora and Brad’s leadership.  The deal marks the 41st acquisition for Eastern Insurance.

Eastern Insurance, headquartered in Natick, is a subsidiary of Eastern Bank, the largest independent, mutually owned bank in New England with branches stretching from Merrimack Valley to Cape Cod. Eastern Insurance serves more than 70,000 individuals and businesses and provides a full range of personal and commercial insurance products, surety, and employee benefits services. Eastern Insurance is recognized as one of the largest insurance agencies headquartered in Massachusetts and the 35th largest property and casualty agency in the country.  For more information, visit www.easterninsurance.com.