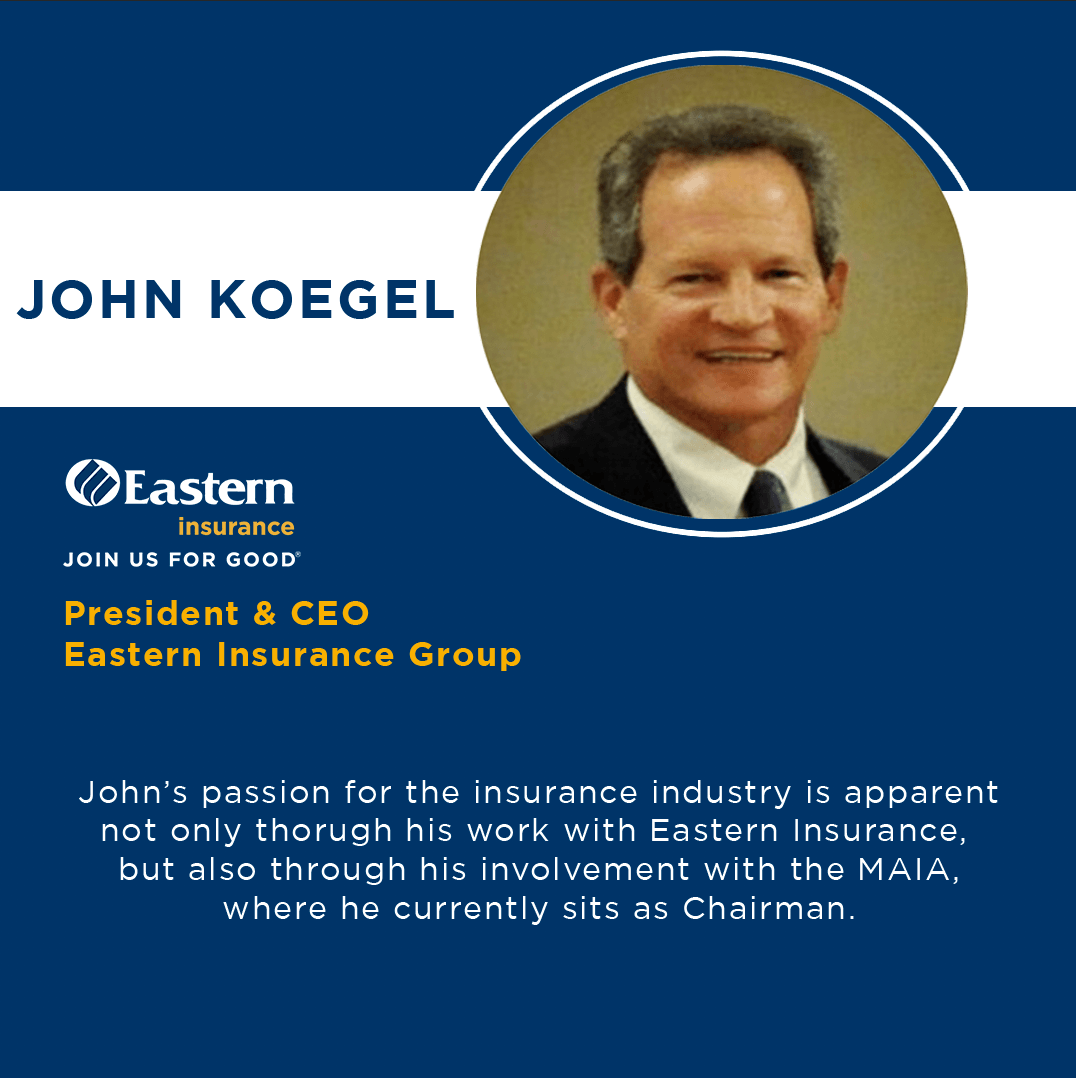 If you work in the insurance industry in Massachusetts, chances are you have had the pleasure of crossing paths with John Koegel. As Eastern Insurance Group’s President & CEO and current Chairman of the Massachusetts Association of Insurance Agents (MAIA), John is an inspirational leader who has been in the industry for more than 30 years. Insurance was not John’s initial career path, however … keep reading to find out the details of one of our most interesting EIG Employee Spotlights!

John has been with Eastern Insurance since 1989, prior to our purchase by Eastern Bank. At that time we were known as Allied American Insurance Agency and had just 32 employees. John has played an integral role in the growth of the company, now with 425 employees and 24 office locations. Shortly after Eastern Insurance was acquired by Arbella Insurance in 1993, we began acquiring many other small insurance agencies at a rapid pace, sometimes as many as one per month. In 1998, John took the lead managing Eastern Insurance’s growing Personal Lines Division, now the 15th largest in the country, until he was named President & CEO in the spring of 2019.

John attributes his commitment and longevity with Eastern Insurance to the people he works with everyday. “Having a great team of employees who are dedicated to both developing new business and serving the customers within the agency is what insurance is all about,” John said.

John explained how proud he is that of the 32 original employees, 11 are still with the company today, and the remainder have only left for retirement. John sees this as a testament to the positive culture and environment Eastern Insurance has built over the years.

John’s passion for the insurance industry is apparent not only at Eastern Insurance, but also through his involvement with the MAIA, where he currently sits as Chairman. Collaborating with other insurance agents throughout the state keeps the job interesting and allows him to meet all kinds of people. “As much as it may seem dull to people outside, I think the insurance industry is very interesting,” John explained. “You learn something new every day, whether it’s new and innovative insurance products or the technology evolving in our industry. I meet so many people, so many other agency partners and carrier partners, every day. It’s a very close-knit community.”

John confirms that Massachusetts consumers prefer working with local agents. “I worked in the insurance industry in New York before coming to MA, and it’s a different landscape here in MA. The consumers here do like to have someone local,” John said. “They want to know you’re somewhere down the street close by, so if they want to talk to you, they can.” In the United States, Independent Agents write about 32% of the personal auto market, while in Massachusetts the number is 70%. According to the 2018 J.D. Power U.S. Independent Insurance Agent Satisfaction Study, independent agents are the largest and most preferred channel for consumers, writing 35.5% of all personal P&C premiums and 83% of all commercial premiums.

For those just beginning their career in the insurance world, John offered some insight and advice: “Take advantage of all the opportunities you can. There are a number of different career paths an individual can take to move up the ladder.” From sales to marketing, accounting to claims, there are several avenues you can take in the industry. Additionally, there are many opportunities to get to know others in the industry. To encourage networking for next generation insurance professionals, the MAIA has created the Young Agents Committee, who host all sorts of networking and charitable events to bring young people together.

John also feels that the Eastern Insurance and Eastern Bank #JoinUsForGood mission has had a positive impact on employees. “The Join Us For Good campaign is about making a difference in our communities and inspiring others to do the same. As a corporation, we want to help organizations and individuals in need, and we want to encourage our employees to join in this movement,” John said. “Together with our parent, Eastern Bank, we give 10% of our net income to the Eastern Bank Charitable Foundation every year and we’re able to give that back to local communities and nonprofits.” Eastern also gives each employee one paid day per year to offer help at a nonprofit of their choice, and even brings organizations into the office for on-site volunteer sessions.

John is especially passionate about supporting the Greater Boston YMCA Training Inc. program, which gives people the training and skills they need to gain employment. He takes pride in the fact that Eastern Insurance has hired several YMCA graduates to work as interns.

Outside of the office, John enjoys playing golf and music. In fact, in college, he majored in piano and graduated with a music degree, and still plays piano, keyboards, and guitar at home in his spare time. In the ‘70s, John played keyboards and was also a singer in a band called Long Island — and was kind of a big deal. Can you guess which one John is in the below photo?

“I wanted to be a rockstar,” John told us, laughing. We’re happy that John is leading the way as Eastern Insurance President and CEO, and he is always a rockstar in our eyes! 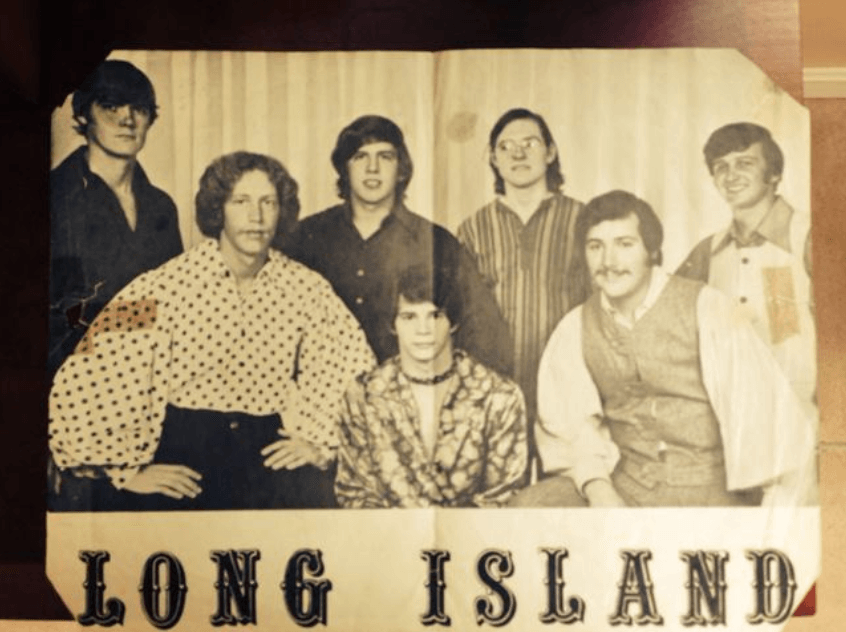