At Eastern Insurance, we attribute the majority of our success to the quality of our employees. From their dedication to providing the highest level of customer service to their commitment to supporting other employees and the communities we serve, we’re tremendously proud of our team. One employee who is the epitome of an individual we want to represent our brand is Todd Drager, Vice President, Commercial Lines Sales.

In 2014, Todd joined our team through the acquisition of another agency. Having worked with nonprofit organizations, his background aligned perfectly with our parent company, Eastern Bank’s, overall commitment to supporting the communities we serve. His passion and experience ultimately led to his leadership role in developing the Eastern Insurance Nonprofit Practice. This division is comprised of a specific team of employees who understand the diverse needs of nonprofits. Together, they combine their knowledge of the industry to provide comprehensive policies to organizations within the nonprofit sector. Eventually, Todd’s role evolved into attending various events and networking with the Massachusetts Nonprofit Network to help acquire new clients. It’s the nature of this work that Todd values most about working at Eastern Insurance saying, “The Eastern Bank Charitable Foundation and culture of the company at its core are to help those most underserved in the community.” 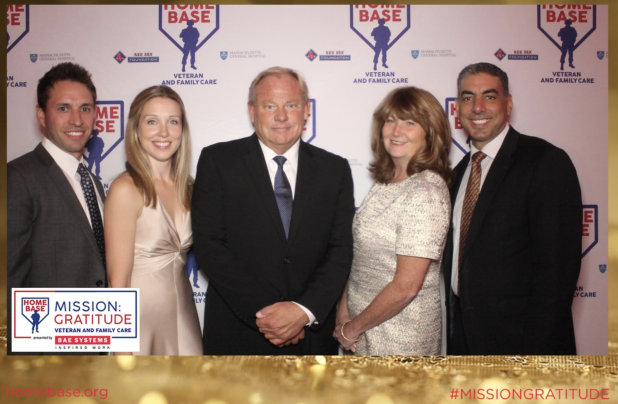 Not only do Todd’s personal values match those of the company, but he’s proud to work at Eastern Insurance because the company acts as a trusted advisor within the industry. Unlike other companies, Todd says, “We have so many resources and talented team members on hand as a large broker carrying all lines of insurance which have allowed us to establish longstanding relationships with a number of clients. Within our brand, we can also offer support through our different divisions — Eastern Bank, Eastern Wealth Management, and Eastern Benefits Group — which is something not many other agencies can provide.”

At the end of 2020, Todd was awarded the Core Value Award, an internal honor given to those who make a meaningful impact on the community through diverse activities with responsibilities at the highest levels of leadership and influence. At the onset of the COVID-19 pandemic, organizations had to pivot their fundraising from in-person walks and galas to virtual fundraising efforts which Todd continued to support.

Aside from his work with Eastern Insurance’s Nonprofit Practice, Todd goes above and beyond outside of the office and is heavily involved in a number of organizations within the community. His core interests involve working with organizations who help our military veterans, individuals, and families dealing with autism spectrum disorders and intellectual disabilities and helping end hunger in New England. Some of those organizations are ALS ONE, Veterans Legal Services, Marine Corps Scholarship Foundation, Eastern’s Military and Families Network, The Congressional Medal of Honor Society, Boston Higashi School, Cardinal Cushing Centers, HMEA, Jett Foundation, and Board and Advisory positions with the Greater Boston Food Bank and May Institute.

Todd lives in Norton, Massachusetts and is a father to three children: a daughter who is a Junior at URI, a daughter who is an entertainment lawyer, and a son who works in movie production and film editing in New York City. When he’s not busy supporting local nonprofits, he enjoys spending time with family and friends and being outside biking, hiking, and golfing.

We’re proud to have you on our team Todd and are continuously inspired by all the good you’re doing for the clients and communities we serve!