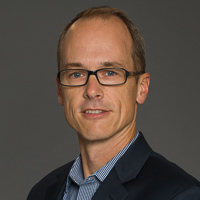 Kevin’s role is to help businesses with the design, implementation and servicing of their employee benefits program. He enjoys a dual role within the organization that allows him to partner with the Eastern Benefits Group (EBG) team to service inforce accounts, while also focusing on his primary role of developing new client relationships. He enjoys finding creative ways to build a benefits program that supports the needs of the employer, while also providing the appropriate coverage needed for employees and their families.

Kevin started in the employee benefits business in 1999 when he began his employment with Aetna. In 2001, he was hired by Northwestern Benefit Associates (NBA) and became an employee benefit broker. He was promoted to Vice President in 2004. He remained with NBA until 2015 when NBA was acquired by EBG.

Kevin is a graduate of Stonehill College with a BS in Marketing. He makes him home north of Boston with his family.